Leicester missed the services of key players including Madison, Chilwell and Pereira all who were not part of the Tuesday night, July 7, league meeting.

The absence of the trio saw the Foxes labour through the match as Arsenal dominated proceedings from the blow of the whistle.

The hosts went on to take an early lead in the 21st minute through Aubameyang, who slotted home from eight yards thanks to Saka’s beautiful build-up.

Saka had a chance to double the lead four minutes later from Aubameyang’s cross but Soyuncu slid in to prevent the teenager from reaching for the ball.

The closing stages of the encounter was full of dramatic scenes as Eddie Nketiah was sent off 15 minutes to time after picking a second yellow after fouling Justin.

Leicester took advantage of Arsenal’s numerical deficiency to equalise five minutes to stoppage time through Vardy who turned into the net from close range to make it 1-1.

The match eventually finished in a stalemate with both sides sharing the spoils.

The result leaves Arsenal sitting seventh on the charts with points, five behind fifth-placed Man United who still have a match to play. 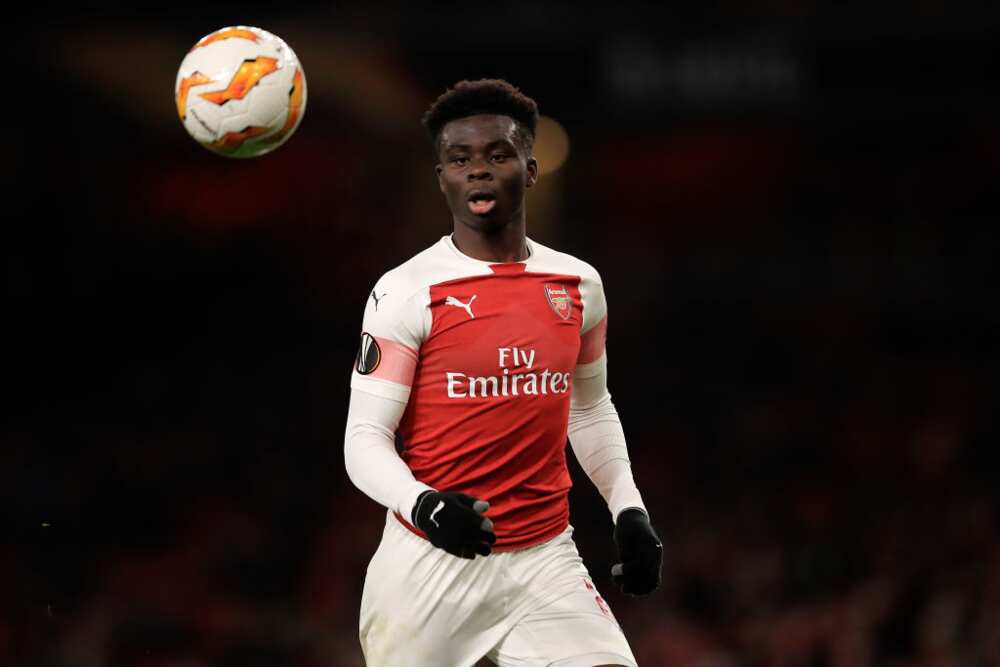 Leicester are fourth, having given up third place to Chelsea who beat Crystal Palace 3-2 earlier on.

Legit.ng earlier reported that Bukayo Saka has finally ended speculation over his future at Arsenal after the Gunners announced on Wednesday, July 1, that the Englishman has signed a new contract.

This latest development will come as a great one for all Arsenal fans who have been worried and thinking probably Bukayo Saka would leave this summer.

Paris-Saint-Germain are one of the clubs interested in the signing of Bukayo Saka as the side are known for giving young talents the chance to soar.

Meanwhile, Manchester United legend Rio Ferdinand has named Bukayo Saka as the player who should be praised for his incredible performance despite his side’s defeat against Brighton.

For the second time in a week, Mikel Arteta and his wards suffered an embarrassing defeat when they conceded late goal against Brighton on Sunday, June 20.

The defeat came as a painful one for all Arsenal fans who had thought that the Gunners would soar after their defeat against Manchester City.

Race for WTO DG: Can Okonjo-Iweala win against the odds? Yes, she can!