Lionel Messi could be making a sensational move to join his long time rival Cristiano Ronaldo, according to Rivaldo.

The 2002 World Cup winner believes agents are planning to make the biggest transfer in footballing history come to pass.

Messi has reportedly been unhappy at Barcelona and is set to leave at the club end at the end of the season.

And Rivaldo claims agents are ready to make the Argentine forward’s next stop Juventus, where he would feature along with old-time rival Ronaldo.

According to Spanish radio station, Messi would see out his £500,000-per-week contract at the club before moving on next summer.

Rivaldo told Betfair: “With all this speculation, I believe that some agents are already dreaming about a Messi-Ronaldo double at Juventus and how big it will be around the globe.

“If that happened there would be a world “boom”, and I believe Juventus would quickly recover any investment on the Argentinian thanks to the boost they would get from visibility and marketing.

“It would be historical to see both playing together and I’m sure many Juve sponsors would love to help financially, so, it’s also a possibility for Messi.

“If there are rumours about his exit, then of course every club will be thinking about how they can sign him.

“That said, the two best players in the world for the past ten years playing at the same club would be massive.

“If he is considering leaving the club, then something mustn’t be good in the Barcelona dressing room and perhaps he is tired with all the constant problems that have surrounded the club in the last few months.” 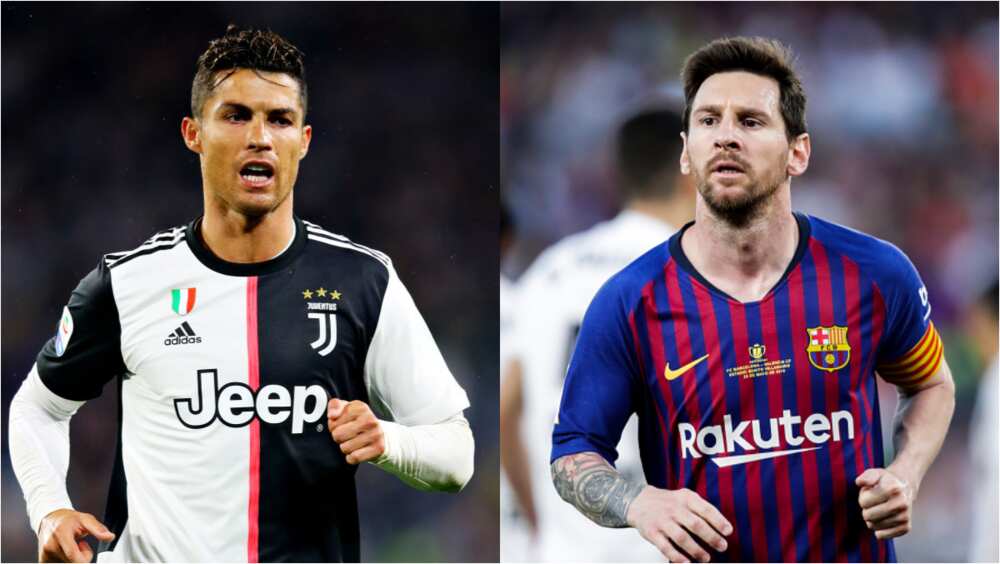 Messi has also been linked with a move to Manchester City to be reunited with his old boss Pep Guardiola.

It is understood that Messi claimed that he would only remain at the Camp Nou if his former teammate Xavi Hernandez is brought in to the fold.

But Xavi recently signed a new deal with his Qatari club Al Sadd after helping them win a couple of trophies in the past few years.

Meanwhile, Legit.ng had earlier reported that Lionel Messi was not on the scores sheet for Barcelona in their 1-0 win over Real Valladolid at the Estadio Jose Zorrilla this weekend.

But the Argentine forward still managed to achieve another feat as he became the first player in the history of the Spanish League to score 20 and assist 20 goals in one season.

The 33-year-old created an assist that helped Chilean midfielder Arturo Vidal score the only goal that separated the two sides after regulation period.

FLASHBACK: Obasanjo Targeted Me Because Of His Loss Of Political Relevance In Ogun, South-West —Buruji Kashamu

admin - August 10, 2020
0
...positions Nigeria’s Financial Market for Transformation Nigeria’s financial market and the economy, as a...

Photos Of Heroic Doctor Who Assisted Lady Give Birth At The Hour Of Explosion...

admin - August 10, 2020
0
This lady gave birth at the hour of the explosion in Beirut, Lebanon.  To this heroic doctor that persisted through the collapsing walls...

FLASHBACK: Obasanjo Targeted Me Because Of His Loss Of Political Relevance...