Barcelona manager Quique Setien is facing a real conundrum as only 14 of his first team players are available for the Champions League match against Napoli slated for Saturday, August 8.

The Catalan giants are looking at the Champions League as their only hope or silverware this season after surrendering the La Liga title to rivals Real Madrid. 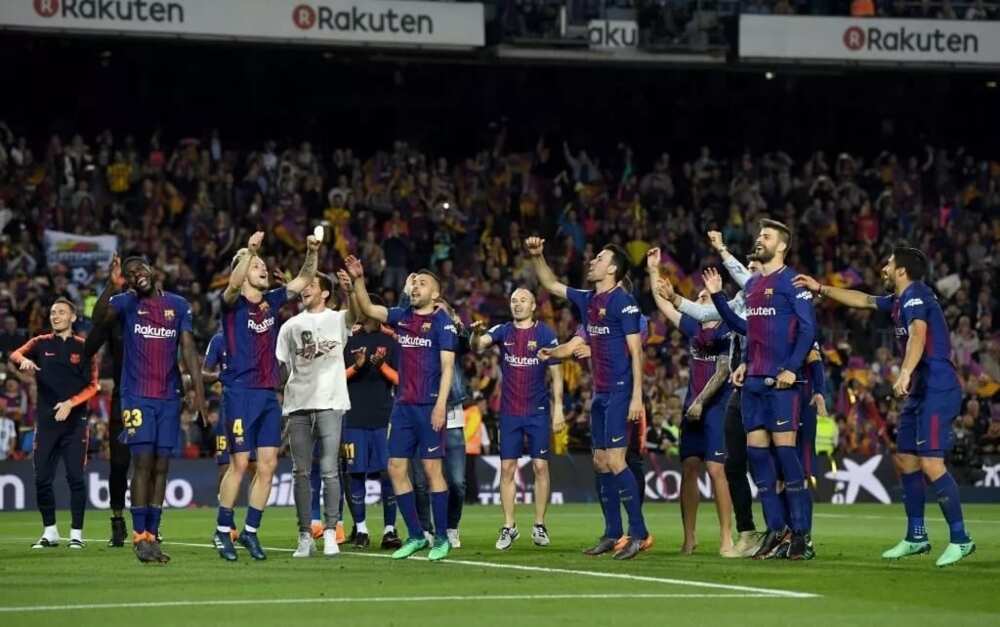 Only a handful of Barcelona players are available for the tie against Napoli on August 8. Photo: Getty Images.
Source: Getty Images

Even, then, they face an uphill task of overcoming a resurgent Napoli after a deadlocked first leg tie which ended in a 1-1 stalemate.

With the return leg just a week away, the Catalan giants will have to make do with the prospect of calling up their much younger talents due to the unavailability of several first team players.

For one, midfielder Sergio Busquets will miss the tie through suspension. The likes of Samuel Umtiti and Ronald Araujo remain sidelined with injury, while forward Ousmanne Dembele remains a major doubt as he is yet to regain full fitness.

Midfielder Arthur Melo is fully fit but is likely to be unavailable as he is currently in his native Brazil and has declined to resume training as he tries to force a move to Juventus.

Arthur’s unwillingness to play for the Catalan giants could potentially mean their 14 fit first team players could actually be 13.

This will serve as another blow to talisman Lionel Messi, who has been critical of his side in recent weeks.

Moments after conceding the La Liga title, Messi openly faulted his team mates for being a “low intensity, erratic” side.

Earlier, Legit.ng reported that Lionel Messi’s recent lashing at his Barcelona teammates has reportedly had a negative effect on the team ahead of their Champions League fixture with Napoli.

The Argentine was not happy with Barca’s defeat to Osasuna resulting in Real Madrid winning La Liga on matchday 37.

According to Spanish news media outlet Diario GOL, three midfielders have fallen out with Messi and are ready to leave the club at the end of their Champions League campaign.

The three players are Rakitic, Vidal, Arthur as they are reportedly not happy with the Barcelona captain.